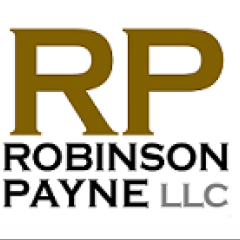 One of the primary reasons for conducting business through a corporate entity is to protect the individuals owning and running the business from being personally liable for the debts of the entity.  If done right, an investor in an Illinois corporation or Limited Liability Company – an “LLC” in common terms – stands only to lose the amount of his or her investment in the entity (partnerships are different and not discussed here).  He or she will rarely be held personally liable, for example, if the entity fails to deliver on a contract and gets sued.  Generally only the assets of the business, not those of the individual, are at risk.  Of course, if an entity collapses under the weight of a judgment the individual is out the money he or she invested in the enterprise, because whatever assets the entity has will be distributed to the entity’s creditors in the order of their priority, often pennies on a dollar.

There are exceptions to every rule, of course, and the most common exception involves fraud.  A judgment creditor can reach into the pockets of the individuals behind the enterprise in certain cases involving their fraudulent conduct.  This is known as “piercing the corporate veil” and is, according to one study, the most litigated issue in corporate law.  Illinois courts, like those around the nation, have developed an extensive body of law in this area, and unfortunately the personal liability protection afforded by corporations (but not LLCs – more on that later) in Illinois has been eroding over time.  In fact, one study found that in 52% of the cases, Illinois courts have “pierced the veil” of Illinois corporations to get to individual owners, officers, directors or employees of such corporations whose fraudulent conduct breached the protections the entity once afforded them.

This case leaves us with two key takeaways:

First, in Illinois, the LLC entity provides better liability protection for owners than does a corporation.  In Illinois, the Limited Liability Company Act is very clear that the liability of an owner is limited to his or her investment in the LLC.  Although there have not been anywhere near as many cases attempting to pierce the veil of an Illinois LLC, even cases with particularly egregious facts that would have prevailed in the corporation context have failed because the courts have consistently upheld the plain language of the LLC Act.  There may be valid tax reasons to choose an S-corporation over an LLC in Illinois, but from a legal standpoint LLCs are clearly preferable.  And the tax advantages of an S-corporation may be achieved using an LLC if the proper tax election is made.  Make sure you speak with your accountant and lawyer before deciding on a choice of entity for your new enterprise, so that you can make an informed decision.

Second, it is becoming increasingly clear that formal, on-paper-only arrangements won’t always prevail.  The Buckley case signifies an increasing willingness by courts to pull back the curtain to determine what is really going on with an entity.  Just because someone isn’t in an official role does not mean they can be assured of no liability.  And even if you win the point, taking chances on informal, artificial arrangements increases the risk of litigation costs and headaches.  In order to be sure that you will be afforded the best possible liability protection from an Illinois corporation, you MUST properly observe what are commonly referred to as “corporate formalities,” factors which determine whether a company is being run properly that Illinois courts scrutinize when deciding whether to pierce the corporate veil.  Such issues as (1) whether the corporation is adequately capitalized; (2) whether the corporation has issued stock; (3) whether the shareholders and directors of the corporation hold meetings and keep minutes or otherwise document important business decisions; (4) whether the corporation pays dividends to its shareholders; (5) whether any of the officers or directors are non-functioning “figureheads”; (6) the absence of corporate records; (7) commingling of funds between the corporation and one or more individuals; and (8) failure to maintain arm’s-length relationships among related entities.  While none of the above is determinative by itself, and courts always consider the totality of circumstances, the best protection for your corporation is to make sure you take the above factors into account and that your corporation is truly being run as such.  Once again, be sure you communicate with your accountant and lawyer regularly to keep everything in good order.  Consider it an inexpensive form of insurance against your personal liability!

We would love the opportunity to serve you. Click the link below to schedule a consultation.