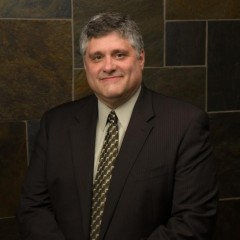 Very few areas of employment law in Illinois are as confusing as the enforceability of non-compete agreements.  Unfortunately, use of non-competes have exploded over the last few years as employers have recognized the risks associated with employees leaving and going to work for competitors and have been much more aggressive in their attempts to protect their legitimate business interests.

Employers, who we mostly represent, have expressed high levels of frustration as they have been inundated with conflicting and confusing Illinois Appellate Court decisions over the last 5 years or so.  In December 2011, the Illinois Supreme Court brought some level of clarity and chastised the lower appellate courts, which were attempting to weaken enforceability of non-competes by implementing new and confusing requirements and tests, by issuing its “pro-employer” opinion in the Reliable Fire Equipment Co. v. Arredondo case.

We can get a pretty good framework for non-compete enforceability from the Reliable decision.  The court held that a non-compete will be enforceable if it is: 1) reasonable and there is 2) adequate legal consideration.  The court defined ‘reasonable” as:  a) restrictions that are no greater than required to protect the legitimate business interests of the company; b) does not impose an undue hardship on the employee; and c) is not injurious to the public.  The court pointed out that this analysis is a balancing test using the totality of circumstances and gave us some examples of factors to be weighed, including: the near permanence of customer relationships being protected, the employee’s exposure to confidential business and customer information and the time and geographic restrictions in the non-compete.

The “reasonable” and “undue hardship” concepts were explored in the case of Northwest Podiatry Center, Ltd. V. Ochwat wherein the court decided that a terminated physician’s requirement to resign all clinical privileges at any hospital or surgery center, presumably forever, was unreasonable in scope as to the timeframe and an undue hardship on the physician.  Each of these follow-up cases utilized the totality of the circumstances tests and used a balancing analysis in line with the Reliable decision.  The Supreme Court in Reliable emphasized that there were no “rigid, formulaic tests” to be applied.

Or, is there a NEW framework?

The facts of the case are rather interesting. Fifield received an offer of employment from Premier Dealership Services with was conditioned upon signing an “Employee Confidentiality and Inventions Agreement” which included non-solicitation and non-competition provisions. Fifield negotiated with the employer for relief from the restrictive covenants in the event he was terminated without cause within one year. Three and a half months later Fifield resigned. He immediately joined a competitor and the lawsuit began. On appeal, the First District Appellate Court relied on Brown & Brown, Inc. v Mudron, a case where a current employee signed a non-competition agreement which was found to be unenforceable because she was only employed for seven months after execution of the agreement. Seven months of continued employment was not sufficient consideration for the non-competition agreement. But, in Fifield, Fifield was not employed by Premier at the time of the execution of the agreement. Premier argued that Fifield’s employment was sufficient consideration. The Appellate Court rejected this argument and held that the Brown case and others in Illinois support the proposition that two years or more of continued employment is “required to constitute adequate consideration” to support enforcement of a non-competition agreement.

What does this all mean?